We’ve Got Some Questions for the Trump Foundation

In response to our complaint filed last week that the Trump Foundation appeared to have illegally given a contribution to a political group supporting Florida Attorney General Pam Bondi at a time when her office was reportedly looking into claims against Trump University, the Trump campaign offered a winding explanation, claiming that the Trump Organization was solicited for the donation by Attorney General Bondi, that the organization then misidentified the group associated with her as a charity in Utah, cut a check from the Trump Foundation to the Utah group, sent it to the Florida group (although the organization did not explain how or why), then confused it with a Kansas anti-abortion group which the Foundation cited as the recipient on its taxes, and only found out that the money went to the Florida group after our complaint, despite well publicized comments from Donald Trump acknowledging the donation to support Ms. Bondi in 2013.

If all this is true, and this was just a catastrophic series of errors rather than an intentional illegal donation, that raises a host of new questions into the donation and the operation of the Trump Foundation.  As we continue to dig deeper into this matter, here are some of the questions we’ve found:

Does the Trump Foundation review or audit its books?  Many charities and private foundations obtain independent financial audits or otherwise review their finances each and every year.  An audit should have revealed that a check was written to And Justice for All, the Florida 527, and not Justice for All, the Kansas 501(c)(3) organization listed in the Foundation’s tax forms.  It should also have shown that no money was ever sent to the Utah group to which staffers now claim the Foundation believed the money was sent.

Where did the Trump Foundation intend the money to go?  A spokeswoman says that the request for the contribution came from Attorney General Bondi herself.  When asked about the contribution in 2013, Mr. Trump appeared to acknowledge it was meant for the Florida 527 group, voicing his support for Ms. Bondi in a public statement.  But in last week’s statements, his staffers claim to have no knowledge of it being meant for the Florida group, nor of how it got there.

Who did Attorney General Bondi solicit, and what did she ask for?  Presumably, she would have known that the Trump Foundation could not legally give to a political organization, so who did she approach for the contribution?  Was she clear that the solicitation was political in nature?  The public comments in response to our complaint state that Trump organization staffers had no idea that this was a political solicitation and had to look up records for charities that shared its name to guess where to send the money.  Are they saying that the Attorney General of Florida failed to mention that the donation was for political activity?

Where did the Kansas group come from?  The Trump Foundation presumably keeps records of its contributions.  Staffers now claim they were unaware the money went to the Florida 527 because they believed the check to went to a Utah non-profit.  So how did a group in Kansas, complete with the correct address, end up listed as the recipient on the Foundation’s taxes?

How was the Foundation unaware of the details of one if its largest contributions?  The contribution to And Justice for All was one of the largest given out by the Trump Foundation in 2013, yet staffers claim not to know where the money went or how it got there.  Most foundations have procedures for grants and other solicitations.  Are staffers claiming that they received a request for a large amount of money knowing only the name of the organization with no other details about the organization or what the funds would be used for, looked up the name of the organization in a book, picked one that was similar (a ProPublica search finds more than half a dozen 501(c) groups with similar names filed a return that year), and then decided to give the contribution without seeking any other information or attempting to contact the group or follow up after the money had been sent?  Were the people in charge of awarding the money not told of the solicitation from Attorney General Bondi?

What happened after the money was sent?  Was there a cover letter, presumably addressed to the Utah organization, and if so, did that raise questions with the Florida organization?  If the Foundation sent a check, presumably it would have seen a canceled check at some point; did that raise any red flags?  Was there any follow up when the Utah group did not acknowledge receiving the funds?  Did the Foundation or other parts of the Trump organization receive acknowledgement of the funds or any further contact from Attorney General Bondi or the Florida group?  If so, what was it, and did it raise concerns with staffers apparently unaware of the true recipients of the money?

How did the money end up in Florida?  The Trump organization has said that Attorney General Bondi solicited the contribution, and Mr. Trump’s 2013 statements to the press suggest that he intended the money to go to support her.  However, last week the treasurer of the Trump Foundation appeared unaware of the Florida tie to the solicitation or of how the check arrived in Florida. If Trump staffers instead intended to send it to the Utah non-profit, why was it sent to the Florida political organization instead, and why did those who intended it to go to the Utah group not question when the money was sent to Florida instead?  As they presumably received media requests about it, how could they not be aware that the money ended up in Florida?

Who oversees the Trump Foundation?  If the Trump campaign’s spokeswoman has given an accurate account of what happened, there were apparently critical errors at every step of this process. It appears, based on her statements, that no one involved with the campaign, the Foundation or the Organization had any idea about these errors until last week.  Who has oversight responsibilities over the Foundation, which would have included preventing, detecting and responding to serious errors like these?  Who okayed the money being sent to Florida? 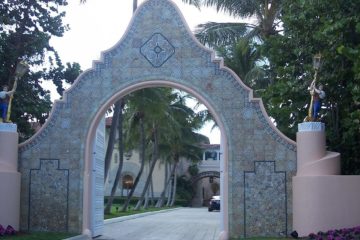 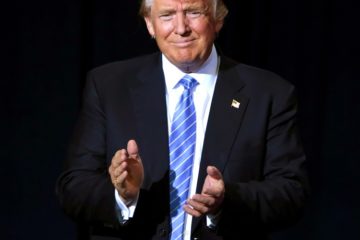