Three officials in the White House Counsel’s Office have received previously undisclosed ethics waivers to work on matters involving former clients and parties represented by their former employers, according to a document obtained by Citizens for Responsibility and Ethics in Washington. The waivers, however, might not be valid because they may have been issued retroactively, an alarming possibility given the role of the White House Counsel’s Office as a major center of “law, policy, and politics” in the West Wing.

Two of the three officials who received these waivers—including Pat Cipollone, the newly-installed White House Counsel—previously worked at Kirkland & Ellis, LLP, a white-shoe law firm based in Chicago.

The most recent set of authorizations show that Mr. Cipollone himself received a waiver to work with President Donald Trump, his former client. Deputy Counsel to the President Patrick Philbin received an ethics waiver to “participate in communications and meetings pertaining to litigation involving the United States of America in which one or more parties is represented by Kirkland & Ellis LLP,” his former employer.

The third waiver authorized Associate Counsel to the President Brian Miller to work with his former client, GSA Administrator Emily W. Murphy. Administrator Murphy retained Mr. Miller to write an expert statement on her behalf as part of an Inspector General inquiry into her testimony before Congress in 2018.

In that investigation, the GSA Inspector General ultimately found that Administrator Murphy was misleading and omitted information in congressional testimony about the extent to which the White House was involved in the decision to keep the FBI’s headquarters in its current location—a decision that has drawn significant and continued attention from ethics groups and lawmakers.

None of the waivers are dated, raising the possibility that they were issued retroactively. The Office of Government Ethics (OGE) has previously stated that it considers retroactive waivers to be invalid. This is not the first time the White House has issued undated, and potentially retroactive, waivers. In May 2017, the White House disclosed ten undated waivers that raised concerns among government ethicists.

Associate Counsel to the President Jennifer Dickey, another Kirkland & Ellis alum who joined the office in February 2018, also received an ethics waiver according to a list of authorizations issued in July 2018. Like the newly-issued waivers, the document is not dated. Its electronic file name, however, suggests it may have been issued on July 11, 2018. The waiver was also not signed, again raising concerns that it may not be valid. 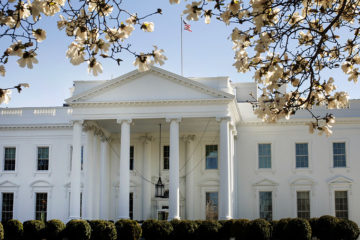