Update: CREW also found that ADF paid for Flores’ successor, Kerri Kupec, to attend and speak at the summit.

The Alliance Defending Freedom (ADF) paid more than $2,000 for a White House official to attend its 2019 Summit on Religious Liberty, according to a White House Office travel report released this week. The Southern Poverty Law Center (SPLC) has designated the ADF an anti-LGBT hate group.

The official, Deputy Assistant to the President for Domestic Policy Jennifer Lichter, participating in the ADF’s 2019 Summit on Religious Liberty suggests the group’s influence is expanding within the Trump administration. With Ms. Lichter’s attendance at the summit and Vice President Mike Pence’s address to the group a month later, ADF’s controversial message appears to be finding a sympathetic audience in the White House.

Another group, Turning Point USA, shows up in the document for a payment it made for Assistant to the President for Strategic Initiatives Brooke Rollins to travel to its Young Women’s Leadership Summit. The event took place less than a month after the organization removed a student from its University of Nevada Las Vegas chapter when a video surfaced showing him chanting “white power.” The White House travel report also disclosed travel funded by other conservative groups such as the Heritage Foundation, the Federalist Society, and the American Enterprise Institute.

ADF’s summit, which took place in July this year, provides “legal training” for attendees “to effectively advocate for religious liberty, the sanctity of life, and marriage and family,” according to the event’s website. This raises questions about whether Ms. Lichter has incorporated ADF’s perspective on these issues into her role at the White House. A speaker at the summit suggested that attendees such as Ms. Lichter should embrace the divisiveness of the advocacy ADF promotes, saying “[c]ritics often accuse faithful Christians of pursuing a ‘culture war’ on issues like abortion, sexuality, marriage and the family, and religious liberty.  And in a sense, they’re right. We are fighting for what we believe. But of course, so are advocates on the other side of all these issues. They too are ‘culture warriors,’ and neither they nor we should feel uneasy about it.”

According to the SPLC, ADF has been a proponent of recriminalizing homosexuality in the United States in the past and “works to develop ‘religious liberty’ legislation and case law that will allow the denial of goods and services to LGBT people on the basis of religion.” The ADF has called its characterization as a hate group unfair.

Agencies are required to submit semiannual reports to the Director of the Office of Government Ethics detailing travel and related expenses paid for by non-federal government sources for government employees to attend certain events. The latest report for the White House Office covers April 1 through September 30, 2019.

The travel report shows that the ADF paid $2,123 in hotel, transportation, and meals for Ms. Lichter to attend its Summit on Religious Liberty that took place in Dana Point, California on July 8-9, 2019. Before joining the White House, Ms. Lichter worked as a counsel in the Department of Justice’s Office of Legal Policy from November 2017 until March 2019.

This is the first time the Trump administration has disclosed in a travel report that a White House official attended an event sponsored by the ADF. Less than a month after Ms. Lichter attended ADF’s summit, Vice President Mike Pence addressed members of the group in Arlington, Virginia and participated in an interview with ADF’s CEO Michael Farris.

ADF’s contacts with the Trump administration, however, predate Ms. Lichter’s July 2019 trip. Some of Ms. Lichter’s former colleagues at the Department of Justice have attended ADF events dating back to 2017. Former Attorney General Jeff Sessions gave speeches at the group’s 2017 and 2018 Summits on Religious Liberty. The Department of Justice also disclosed in a travel report that ADF spent nearly $4,000 for then-Director of the Office of Public Affairs Sarah Flores to attend the group’s 2018 Summit on Religious Liberty.

CREW found that the ADF also spent more than $2,600 for Ms. Flores’s successor, Kerri Kupec, to attend the 2019 summit along with Ms. Lichter. Ms. Kupec is the Department of Justice’s current Director of the Office of Public Affairs and previously worked at ADF as a lawyer and communications director. She reportedly spoke at the summit, according to the Department of Justice travel report disclosing the payment. DOJ, however, does not appear to have posted a copy of her remarks to its website. The Justice Department initially attracted scrutiny for failing to release a transcript of former Attorney General Jeff Sessions’s remarks to the group in 2017. Soon after, the Federalist published a transcript of his remarks. CREW has submitted a Freedom of Information Act request to the Department of Justice seeking a transcript of Ms. Kupec’s remarks.

It is not unusual for an agency to accept payments for travel and related expenses from non-federal entities, nor is it unusual for conservative groups to pay for White House officials to attend events, but the latest travel report shows one particularly controversial interest group getting more White House access than previously known. 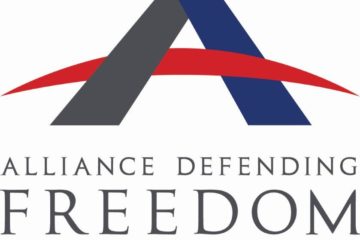 Did the Alliance Defending Freedom Give $25K to GOP Attorneys General Group?