A firm owned by President Trump’s 2020 campaign manager Brad Parscale was paid significantly more than was previously known by outside groups supporting the president and his re-election efforts. The new $1.7 million payment for “media advocacy services” was reported on the 2018 tax return filed last November by a pro-Trump nonprofit group, America First Policies (A1P), which doesn’t have to disclose its donors.

This revelation comes in light of reports last year that showed Parscale’s firm, Red State Data and Digital, had been paid more than $900,000 by the pro-Trump super PAC, America First Action (AFA)—which is a related organization that is run out of the same office, by the same people, as the nonprofit A1P. AFA reported paying an additional $671,750 to Red State, largely after that report came out, putting the combined payments from the two groups—which are Red State’s only known clients—at nearly $3.3 million.

By law, super PACs must operate independently from campaigns they support, and the same is true for nonprofit groups, to the extent they engage in election spending. But large flows of money to a firm owned by the person running the campaign that the groups were formed to support raises questions about the possibility of illegal coordination, any allegation of which Parscale has denied.

Parscale co-founded A1P in 2017, and prior to rejoining the Trump campaign in February 2018, another firm he runs, Parscale Strategy, had received millions in payments from A1P. Both America First groups spent millions supporting President Trump’s political agenda and helping his political allies in the 2018 midterm elections, but A1P, the nonprofit arm, has done so without disclosing any of the donors fueling the nearly $37.8 million it raised in its first two years—though other sources have shown that at times its funders included an influential lobbyist, a tobacco company, and other major corporations.

As a 501(c)(4) social welfare organization, A1P is not allowed to have politics as its primary activity. However, lax oversight and unclear rules make it easy for such groups to spend heavily in elections without registering as political committees with the Federal Election Commission (FEC). As a result, politically active nonprofits like A1P are often referred to as “dark money” groups. 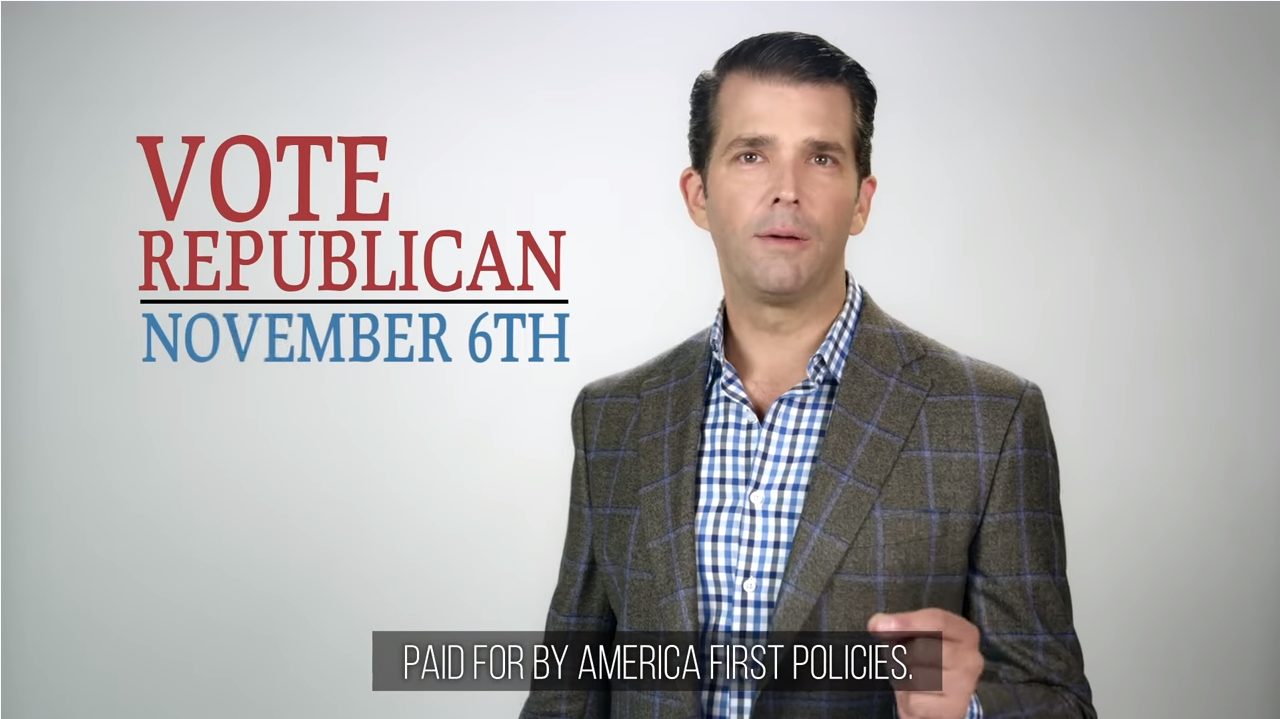 America First Policies ran a series of digital ads featuring Donald Trump Jr and Kimberly Guilfoyle in the final weeks of the 2018 midterm elections. The ads did not mention candidates for office, but were targeted at states with tight congressional races and called on viewers to “Vote Republican November 6th”

While A1P holds itself out as a nonpolitical social welfare organization, its leaders have certainly described its mission in political terms. “America First Policies exists for one reason,” A1P President Brian Walsh told the New York Times in 2017, “to support the president of the United States and his agenda… Everything else is just noise.”

The group’s allies have also apparently viewed it as a political operation. In early 2019, Breitbart News referred to the group as “President Donald Trump’s Super PAC America First Policies.” Super PACs are, by definition, political organizations, while a 501(c)(4), such as A1P, is prohibited from having its primary mission be politics. Nevertheless, the description doesn’t appear to have fazed A1P too much, as it posted the story on the “In The News” section of its website.

Running a national presidential campaign is a highly demanding, time-consuming job, but Red State is only one of at least two companies Parscale runs. The second firm is Parscale Strategy, which reportedly employed just eight people during the 2018 midterms. Parscale Strategy has been paid more than $37.8 million by Republican party committees and pro-Trump groups since 2017—more than $7.5 million from the Trump campaign itself—most of which the firm has received since Parscale took the helm as Trump’s campaign manager.

The transition in the America First groups’ payments from Parscale Strategy to Red State appear to have begun around the same time that Parscale moved back to the campaign. President Trump tapped Parscale to be his campaign manager on February 27, 2018, and Red State was formed on March 2 in Delaware—a state known for its lax incorporation rules and limited transparency. The incorporation records initially listed Parscale’s wife Candice as an owner, but Parscale later told CNN, “I own the company solely.” 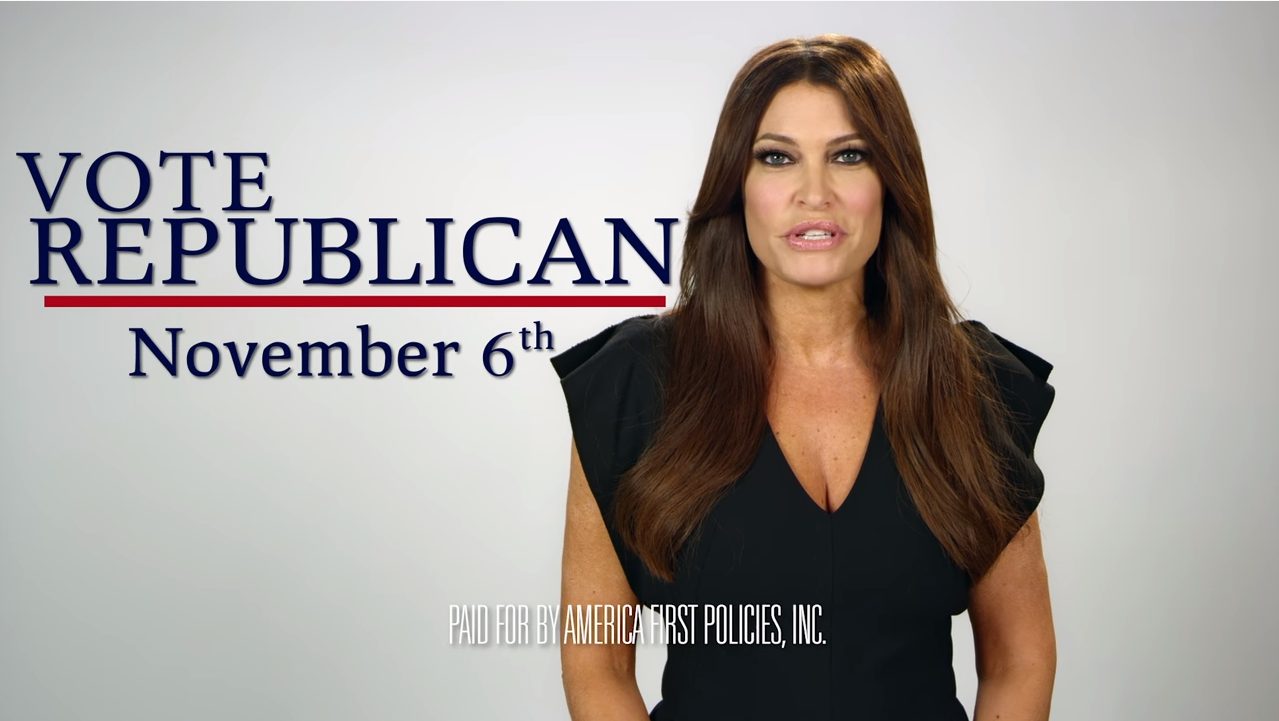 America First Policies ran a series of digital ads featuring Donald Trump Jr and Kimberly Guilfoyle in the final weeks of the 2018 midterm elections. The ads did not mention candidates for office, but were targeted at states with tight congressional races and called on viewers to “Vote Republican November 6th”

In all, firms owned by Parscale have brought in more than $40 million from Republican committes and pro-Trump groups since President Trump took office—with more than $7.3 million of that coming from the America First groups. The picture this data shows, however, is likely far from complete. For example, because A1P is not registered as a political group, and therefore doesn’t file routine reports with the FEC, its annual tax returns will be the most comprehensive source of information about its finances in 2019 and 2020. But A1P won’t have to report its 2019 finances to the IRS until mid-November of this year, nearly two weeks after the 2020 elections. Its 2020 filing won’t come until a year after that, well into a new presidential term.

Meanwhile, last Friday, AFA filed its first report to the FEC in six months, showing $43,540 in new payments to Red State. The two America First groups reportedly raised a combined $50.4 million in 2019—the majority of which, $31 million, was raised by A1P.

While Parscale’s financial arrangement with these pro-Trump outside groups does raise significant questions about possible illegal coordination between the campaign and the outside groups that support it, coordination itself is a notoriously difficult charge to prove. It almost always requires evidence that isn’t public, such as email communications and in-person conversations, which sometimes aren’t documented at all.

The independent nature of outside spending activities was central to the Supreme Court’s Citizens United decision, which turned ten last month, yet outside groups like A1P and AFA demonstrate just how easy it is for purportedly independent groups to effectively operate as extensions of the campaigns they support.

Parscale has repeatedly asserted that the arrangement is legal and that there is a firewall between him and any work being done by his firms for the independent groups. “It was legally recommended to me,” he told ProPublica last year. “I don’t even see the bills. I have employees that work for them, and they are firewalled from me.”

Red State appears to be a very small operation. It reportedly employed “at least a couple of people” last year, with one staffer in Washington. The company also doesn’t have a CEO, according to the CNN report, “[i]nstead a woman whom [Candace Parscale] declined to name runs the company and reports directly to the president of America First Action, Brian Walsh.”

For now, though, the question of whether all this amounts to coordination might be moot because the FEC only has three commissioners, lacking enough members for a quorum. As a result, the agency can’t authorize an investigation or levy any fines until Brad Parscale’s boss, President Trump, nominates new commissioners and Senate Majority Leader Mitch McConnell (R-KY) allows them to be confirmed by the Senate. 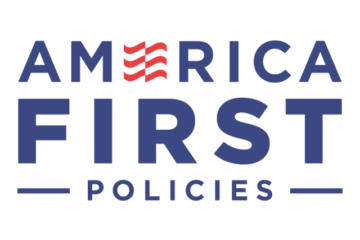