Despite reports that Trump’s February trip to four western states cost taxpayers an additional million dollars in travel expenses for Trump to stay at his own Las Vegas hotel each night, the whole cost of the trip, including security costs and other costs paid directly to Trump’s business, remains a mystery. Taxpayers deserve to know what costs for security, hotel stays, and any other services were, given that they’re footing the bill.

CREW has requested Secret Service records that show use of funds for security and any other services during Trump’s February 18-21 stay at the Trump International Hotel Las Vegas.

Trump also scapegoated the Secret Service in the decision for him to stay at his own hotel, claiming that it was not up to him to set the itinerary. However, CREW received documents in response to a FOIA request that found no evidence of such a Secret Service recommendation.

Trump has profited directly from government entities staying at his properties, and since U.S. taxpayers are footing the bill, they deserve to know how much his profiteering costs. Trump has notoriously used his office to drive business to the properties that he continues to profit from as president. Documents received by the Washington Post show that the Secret Service was required to pay up to $650 a night for rooms at Trump’s Mar-a-Lago club. From 2017 to 2019, the Secret Service paid $17,000 a month to rent a cottage at the Trump National Golf Course in Bedminster, New Jersey. Trump’s businesses seem to inspire an endless pit of corruption and the public deserves to know just how deep it goes. 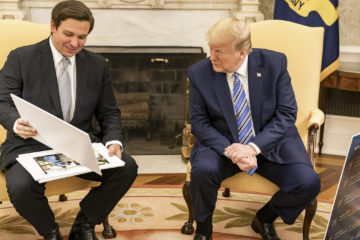 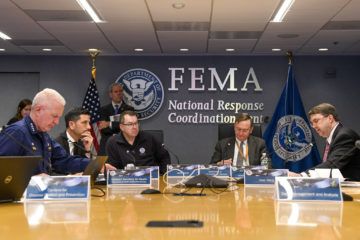 The public deserves to know if FEMA and the federal government at large is interfering with delivery of vital coronavirus PPE supplies to states. 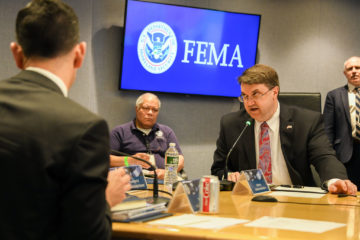 White House influence on a $96 million FEMA no-bid contract on coronavirus aid could be an attempt by Trump to once again award industry.