Update: On March 23, 2018, both parties agreed to settle and dismiss this case. Read the notice of settlement and stipulation of dismissal below.

On September 21, 2017, CREW sent a FOIA request to The Department of the Interior  (DOI) requesting (1) copies of all records concerning authorization for and the costs of Interior Secretary Ryan Zinke’s use of noncommercial aircraft for any official travel since his confirmation on March, 2017, and (2) copies of all records sufficient to show the amount of money budgeted for the Secretary’s travel in 2016, 2017, and 2018. CREW explained the requested records likely will shed light on the extent to which Secretary Zinke has used government funds for travel and the justification for that use at a time of expected deep cuts to the federal budget.

On November 21, 2017, CREW filed a lawsuit against the Department of the Interior (DOI) under the Freedom of Information Act (FOIA) challenging the failure of the DOI to respond to its request for disclosure of records related to Interior Secretary Ryan Zinke’s use of non-commercial aircraft for any official travel since his confirmation on March 1,2017, as well as records sufficient to show the amount of money budgeted for Secretary Zinke’s travel.

This case seeks declaratory relief that the Interior Department is in violation of the FOIA for failing to respond fully to CREW’s request for records. This case also seeks injunctive relief ordering the defendant to process and release the requested records to CREW immediately in their entirety. 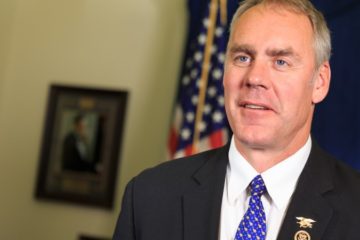 CREW filed a lawsuit against the DOI under the FOIA for records relating to Ryan Zinke's meeting with the API's board of directors at Trump International Hotel.