On June 13, 2019, the Office of Special Counsel (OSC) reached an unprecedented decision regarding Kellyanne Conway’s repeated violations of the Hatch Act and recommended that she be removed from federal service. Since then, the president has refused to reprimand or fire her, and administration officials, including Conway, have continued to violate the law without facing consequences.  CREW sent a letter to OSC requesting that the agency use all available tools to ensure Hatch Act compliance, including filing complaints in the Merit Systems Protection Board (MSPB) against non-Senate-confirmed presidential appointees to hold them accountable for their violations.

The MSPB is an independent, quasi-judicial agency in the Executive branch that is authorized to take disciplinary actions for Hatch Act violations filed by OSC. Punishments could include a fine of $1,000 or more or removal from federal service. While CREW commended OSC’s efforts to notify the president and public of Conway’s repeated violations, the letter questions why OSC did not file a complaint in the MSPB, as all the requirements for doing so were met. OSC itself is also able to enforce a $1,000 fine, order compliance with the law or withhold salary for the time period of non-compliance.

The Hatch Act is intended to prevent federal employees from engaging in partisan political activity in their official capacity. Unchecked violations undermine the rule of law and erode our democracy. Because President Trump refuses to hold his appointees accountable, OSC should use every available avenue, particularly the MSPB, to enforce the law. 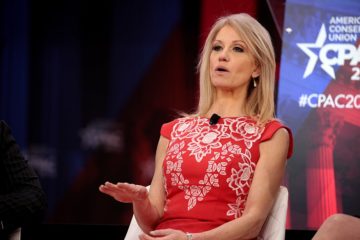 Virginia Canter sent testimony to Congress on the Trump administration’s flagrant violations of the Hatch Act with recommendations on how to force compliance. 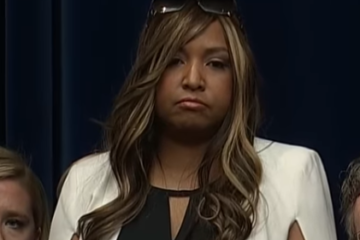 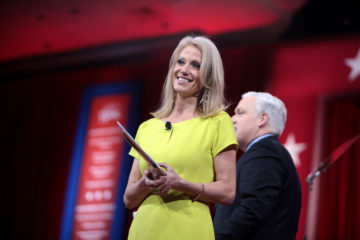 Kellyanne Conway appears to have yet again ignored ethics rules, using her social media to promote the Republican party in the weeks leading up to the midterm elections.