Washington – Counselor to the President Kellyanne Conway has surpassed 50 violations of the Hatch Act on Twitter alone this past year and consequently violated the website’s Terms of Service, according to a report released today by Citizens for Responsibility and Ethics in Washington (CREW). As a result of Conway’s past and apparently ongoing violations of the law using Twitter, the company could suspend Conway’s use of its platform.

On June 13, 2019, the Office of Special Counsel found that Conway had violated the Hatch Act twenty-two times using her @KellyannePolls Twitter account, in addition to other Hatch Act violations, and recommended her removal from federal service. The decision to punish or fire Conway rested with the President, who refused to take either action. Based on a review by CREW of Conway’s tweets since June 13, 2019, her apparent violations of the Hatch Act using Twitter has now surpassed more than 50 violations and are ongoing. Twitter’s Terms of Service require users to use the platform in compliance with all applicable laws.

“This country has been plunged into crisis because of the abuse of the official powers of the government by the president and those around him to promote his personal political interests,” said CREW Executive Director Noah Bookbinder. “Kellyanne Conway’s repeated and flagrant use of her official position for politics is one more manifestation of this alarming and anti-democratic trend.”

CREW’s report on Conway’s continued violations outlines five categories of tweets that violate the Hatch Act: attacking or mocking Democratic presidential candidates, attacking the Democratic Party, promoting President Trump’s re-election, promoting the Republican Party, and attacking President Trump’s political adversaries. Conway has multiple violations in each category. Twitter’s terms and conditions clearly state that they do not allow users to “use our service for any unlawful service or in furtherance of illegal activities.”

“Since OSC’s decision in June, it has been very obvious from Conway’s continuing violations that she considers herself to be above the law. The White House will not hold Conway accountable for her violations, and instead seems to be encouraging them,” said Bookbinder. “It is long past time for the abuses to stop.”

CREW previously wrote a letter to OSC arguing that the agency should file a complaint against Conway with the Merit Systems Protection Board, an independent, quasi-judicial agency in the Executive branch that is authorized to take disciplinary actions for Hatch Act violations filed by OSC. Conway is one of 11 officials found to have violated the Hatch Act following CREW complaints. 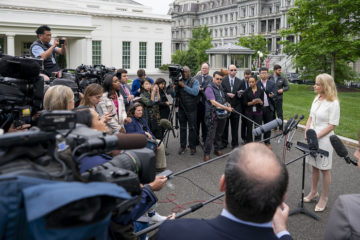 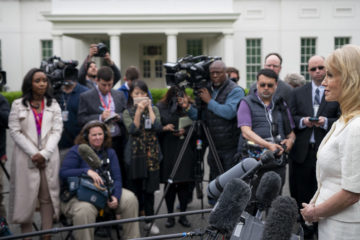 Kellyanne Conway has continued to violate the Hatch Act by providing unprompted attacks on 2020 presidential candidates while acting in her official government role.