Citizens for Responsibility and Ethics in Washington (CREW) today filed a complaint with the IRS urging the agency to investigate a secretive Michigan political organization called Michigan Advocacy Trust (MAT) for spending millions of dollars on political ads without disclosing its donors.  Under federal law, this kind of organization, known as a “527” group after the section of law governing them, must disclose its donors either to the IRS or to its home state.  MAT did neither.

Michigan Advocacy Trust spent $3.6 million dollars on television ads promoting Republican Bill Schuette and attacking his opponents during the 2010 and 2014 Michigan attorney general campaigns—more than the candidates combined in the latter race.  But there is no record of where that money came from and no specific information about how they spent it.

“Disclosure laws exist for a reason – to allow the people to know who is paying to influence elections and politics,” said CREW Executive Director Noah Bookbinder.  “While the IRS allows exemptions for 527 groups who have already disclosed financial activity to the state, you actually have to disclose to the state to claim them.”

MAT claims to be an administrative account of a local political party—the “23rd Michigan State Senate Republican District Political Party Committee of Ingham County Michigan,” and thus exempt from disclosing to the IRS under section 527.  The state of Michigan, on the other hand, makes it clear the group is not a local party committee.  State law only allows for congressional district committees, not state senate districts, and allows only one officially designated committee per county—the “Ingham County Republican Committee” beat MAT to the punch by more than 30 years on that count.

Furthermore, if MAT was actually the 23rd State Senate District Republican Committee, the organization would be involved with the 23rd State Senate District races.  It has not been, instead spending more than $3 million to aid Schuette.  MAT also cannot claim to be exempt from IRS disclosure as a local non-party political committee because that exemption only applies if the group disclosed its financial activities to the state of Michigan.  Again, it has not done so.

“These exemptions are in place to avoid requiring redundant reporting,” said Bookbinder.  “Section 527 clearly states that such organizations are subject to state law requiring they report financial activity.  Michigan Advocacy Trust has never disclosed to anyone, which is why the IRS must investigate.”

CREW is increasing its scrutiny of state races, which have been the recipient of ever larger amounts of campaign money from secretive organizations in recent years, often without significant oversight.
“It is important to shine a light on these kinds of abuses at the state level and to push for more investigations and stricter laws to reduce the influence of secret money in politics,” said Bookbinder.

Click here to read CREW’s complaint to the IRS 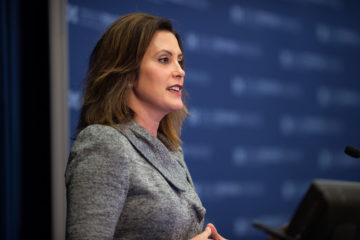 The source of the more than two million dollars PAT gave to groups that ran advertisements during the 2018 election supporting now-Michigan Governor Gretchen Whitmer is unknown. 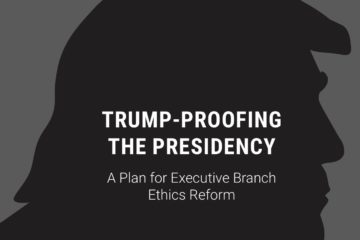 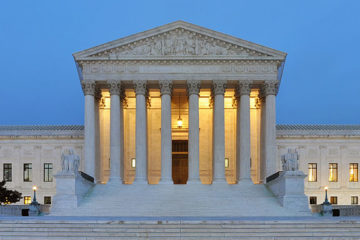