Continuing the trend of President Trump appearing to reward his customers, last week, Trump announced his intention to nominate Judy Shelton to the Federal Reserve Board. In the weeks leading up to the announcement, Shelton repeatedly visited the Trump International Hotel in Washington, DC, even booking an expensive suite there. Trump still owns and profits from the hotel, which in 2018 alone made more than $40 million. By elevating one of his paying customers once again to an official position, Trump proved that mixing business interests with government work is not an accident, but a qualification for service in the Trump administration.

While reports that Shelton was under consideration for the position swirled, she not only patronized the Trump Hotel, but also conducted multiple interviews with national media outlets from the hotel in May and June. Articles in outlets including the Financial Times, the Washington Post and the Wall Street Journal all noted Shelton’s location as the Trump Hotel. During the interview with the Financial Times, she floated the idea of hosting a conference with world leaders at Mar-a-Lago “to reset the international monetary system.” That would likely appeal to Trump, who has expressed interest in holding next year’s G7 summit at his golf resort near Miami. The article includes a prominent photo of the Trump Hotel lobby with Shelton standing in the foreground.

The Wall Street Journal revealed that she was staying in a suite at the hotel, which are more expensive than regular rooms, starting at more than seven hundred dollars per night. It isn’t clear how long Shelton stayed at the Trump Hotel, or who paid for the visit. Shelton was reportedly visiting from London, where she is the Trump-appointed U.S. executive director of the European Bank for Reconstruction and Development.

Shelton is not the first Trump customer to be nominated to a government position. Trump has nominated or considered four paying members of his Mar-a-Lago resort for ambassadorships, as well as a handful of members from other clubs as well. In November, Trump nominated Lana Marks, a Mar-a-Lago member, to be Ambassador to South Africa, though her experience as a handbag designer does not make her an obvious choice. Trump announced his plans to nominate Robin Bernstein, a founding member of Mar-a-Lago, to serve as Ambassador to the Dominican Republic in October 2017.

Beyond the customers who have been officially appointed, proximity to the president on his frequent visits to his properties has also proven to be an effective way to exert influence. For example, a set of frequent Mar-a-Lago guests has become the so-called “Shadow Rulers” of the Department of Veterans Affairs, allegedly calling important shots at the agency despite not being government officials.

Regardless of other qualifications, patronizing Trump’s businesses seems to help if you are seeking a role in the Trump administration, whether it’s a presidential appointment or as a shadowy outside advisor. In Judy Shelton’s case, being a loyal customer for the Trump Organization seems to have paid off. 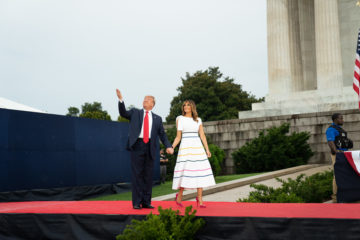 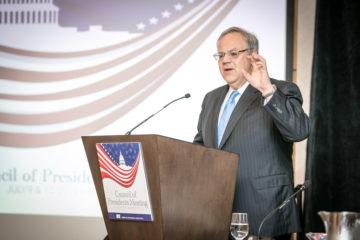 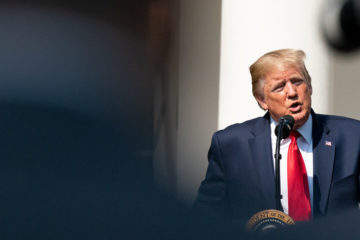 President Trump’s actions and advocacy in the White House affect his personal profits, this time likely by millions.