Washington — Counselor to the President Kellyanne Conway violated the Hatch Act on several occasions by using her public office to engage in partisan political activity, the Office of Special Counsel (OSC) ruled today based on complaints filed by Citizens for Responsibility and Ethics in Washington (CREW) in October 2018 and May 2019. OSC issued a scathing report detailing Conway’s numerous violations and took the unprecedented step of recommending that Conway be removed from federal service.

“We are glad to see the OSC confirm CREW’s findings of multiple Hatch Act violations committed by Kellyanne Conway,” said CREW Executive Director Noah Bookbinder. “Conway’s repeated violations and publicly expressed disdain for the law show a dangerous disregard for governmental ethics, the rule of law and the long-held understanding that government officials should not use their official positions to advance partisan politics. We join OSC in calling for Kellyanne Conway to be removed from federal service and expect today’s findings to send a strong message to officials across the Trump Administration and the federal government that these violations will not be taken lightly.”

CREW previously filed multiple complaints alleging Conway used her official government Twitter account to promote a political party and that she expressed political views about candidates for public office in television interviews in her official capacity. Following CREW complaints, ten Trump Administration officials have been cited for Hatch Act violations including Ambassador to the United Nations Nikki Haley, Deputy Assistant to the President and Communications Director for the Office of the First Lady Stephanie Grisham and White House Director of Social Media Dan Scavino. 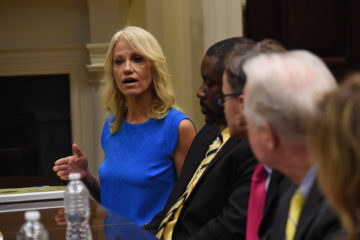 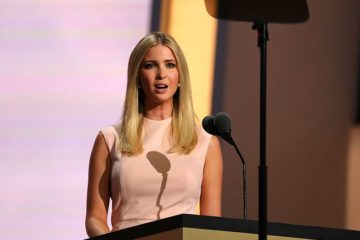